The first recorded information on Curly Coated Retrievers in Australia goes back to the early 1880’s, although there is reason to believe the breed existed here prior to that date.

Pictured is the statue of Poet Robbie Burns in Sturt Street Ballarat by Giovanni Udny erected in 1887. To see a closer image of the dog click here.

In 1881 records indicate three Curly Coated Retrievers were exhibited at the New South Wales Royal Show and in 1896, five exhibitors were listed at the Melbourne Royal Show, but no mention is made of the number of exhibits.

In post-war years relatively few Curly Coated Retrievers have been imported into Australia by comparison to other breeds. However, over the years the few that have been imported regularly crop up on existing pedigrees and only the more recent ones are known as more than just names.

Some of the early imports of the 1950’s that are behind the dogs of today are names such as Irisit Straight Lace, Darelyn Aristocrat and Prince of Knocksginan. Then in the 1960’s three dogs arrived that are seen quite regularly on a lot of pedigrees and play an important part in the forming of today’s Curly Coated Retrievers – these being Sarona Simon (Imp UK), Banworth Athene (Imp UK) and Pegasus (Imp UK), the latter being a liver dog.

More recently in the 1970’s Curly Coated Retrievers arrived from New Zealand, the first of these being Ch Waitoki Tuhora QC in 1972. Tuhora, a liver bitch, carried both English and New Zealand bloodlines. Her dam Banworth Carona was imported from the United Kingdom to New Zealand and is, to my knowledge, the only English import to arrive in New Zealand in post-war years. Tuhora’s progeny made quite an impact on the Curly Coated Retriever scene and many notable dogs today carry her bloodlines. She was a litter sister to Dual NZ Ch & Grand Field Trial Ch Waitoki Tamatakapua.

Aust Ch Mahimanu Riwi QC, a liver dog, sired by Dual NZ Ch & Grand Field Trial Ch Waitoki Tamatakapua had a prominent show and retrieving trial career in Australia and went on to sire many champions and top-producing sires and dams. The most recent English imports of the latter half of the 1980’s are the black dog Ch Ladybrow Bolshan (pictured below) and the liver bitch Ch Darelyn Toffee Distinction. Both these dogs have produced top winning breed specimens in all Australian states. As well, their progeny, exported to Europe, has taken out major awards. Ch Ladybrow Bolshan has sired a breed record in excess of 30 champions to date as well as several obedience and retrieving trial title holders.

Whilst mentioning imports to Australia, let us not forget exports. Australian Curly Coated Retrievers have proven themselves with titled champions in Germany, Holland, Sweden, Finland, USA and New Zealand, with our stock heavily sought after for show, field and breeding purposes.

The first Open Show for Curly Coated Retrievers in Australia was in 1980 with 42 entries. In 1981 the first Championship Show was held in Victoria with 41 entries. 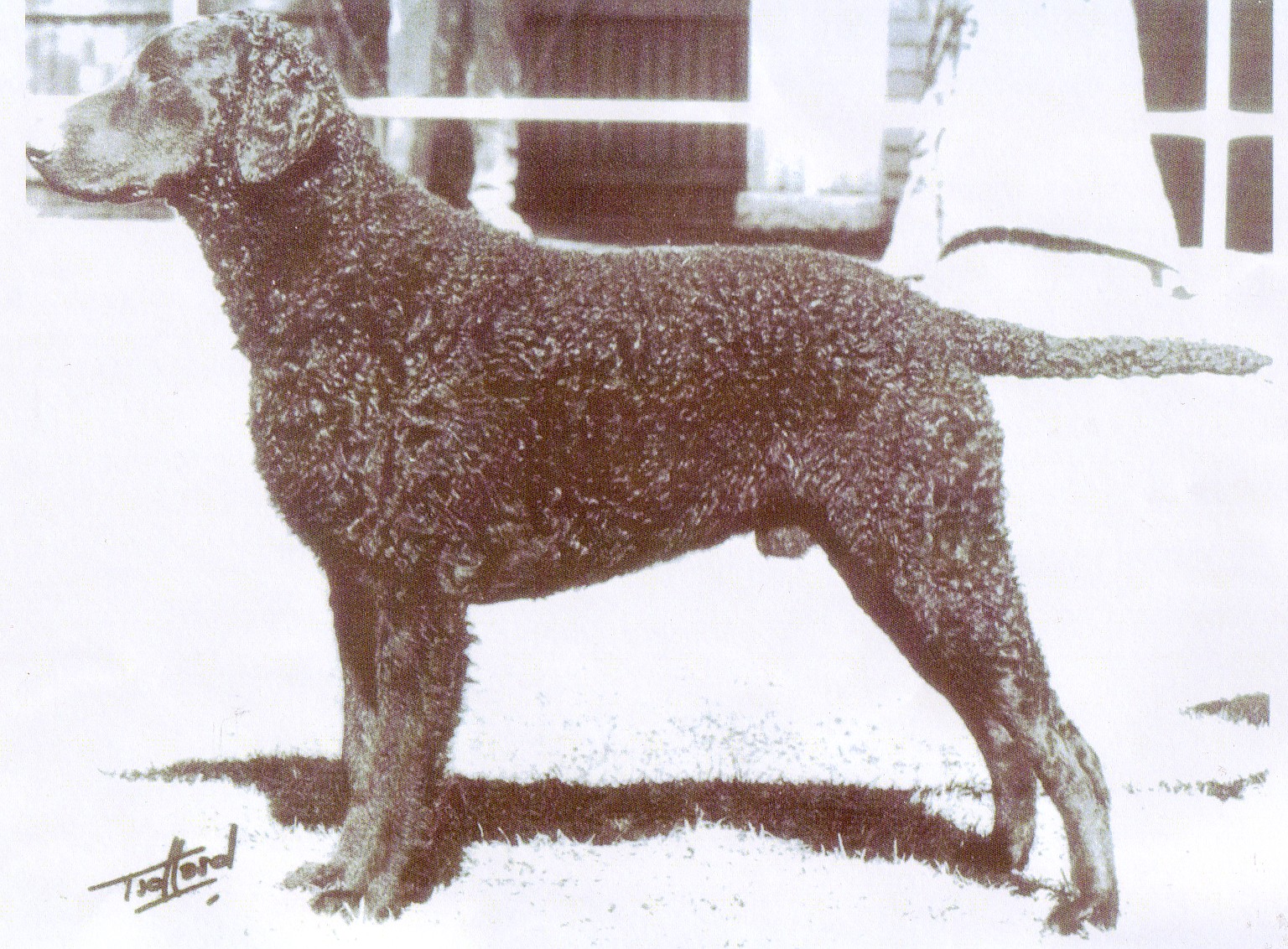